For Bachelor Degree holders or equivalent

For O Level holders or equivalent

TMC Academy Industry Advisory Board (IAB) is formed by external industry members, to mainly facilitate the review and continuous improvement of the curriculum, and monitor current industry practice and future trends. This practice guides the school to equip students with industry-relevant skills.

TMC Higher Diplomas are equivalent to the first two years (240 credits) of a three-year (360 credits) UK Bachelor degree with Honours.

The University of Northampton is awarded Gold – the highest possible mark – in the UK Government’s Teaching Excellence Framework (TEF). The TEF is the only system introduced by the UK government that assesses the quality of teaching in universities in England.

The most recent UK University League Tables 2020 ranks University of Northampton among the top 100 universities in the UK (Source: The Guardian, UK).

TMC Academy is proud to collaborate with the Singapore Psychological Society (SPS) to allow our students to benefit from their extended professional network. 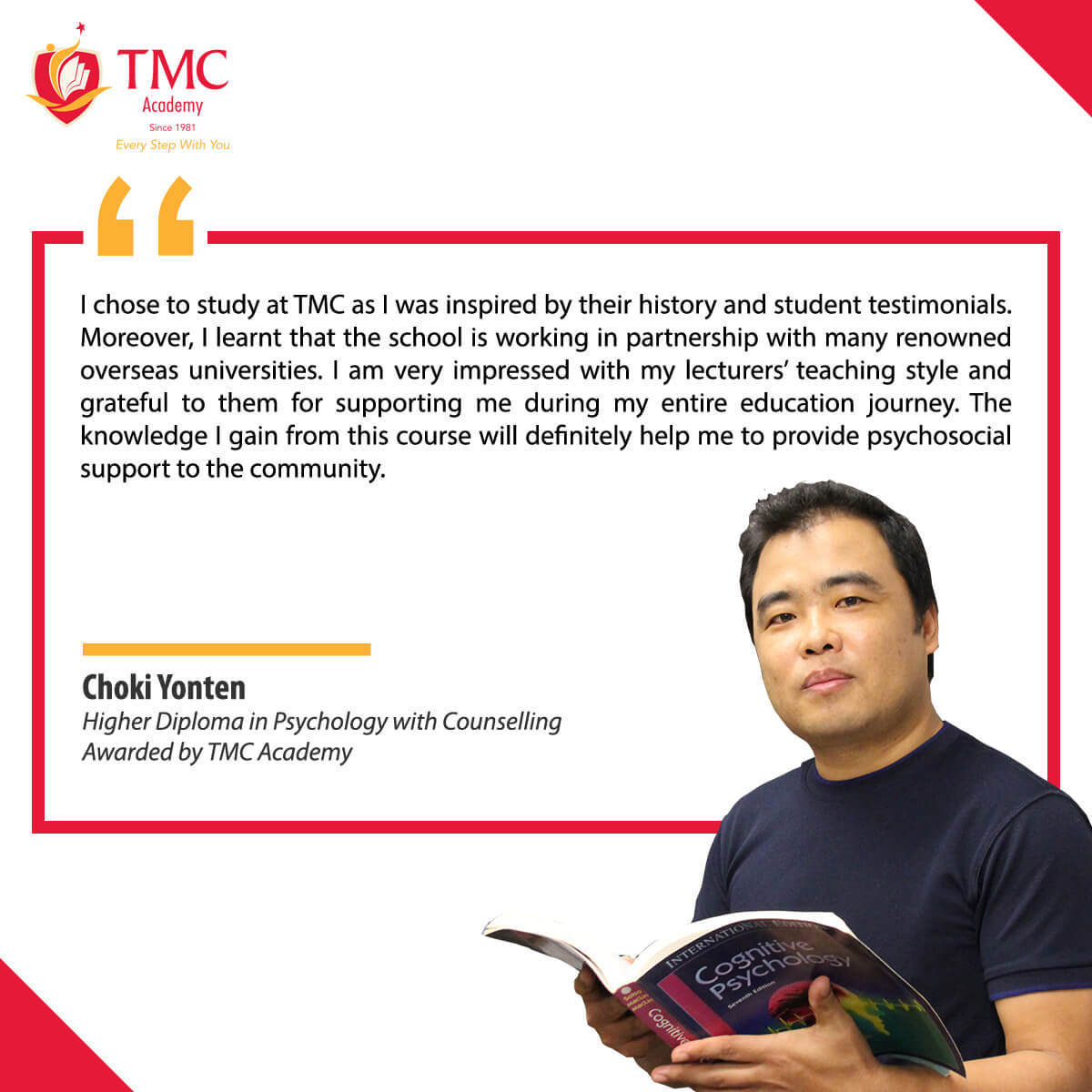 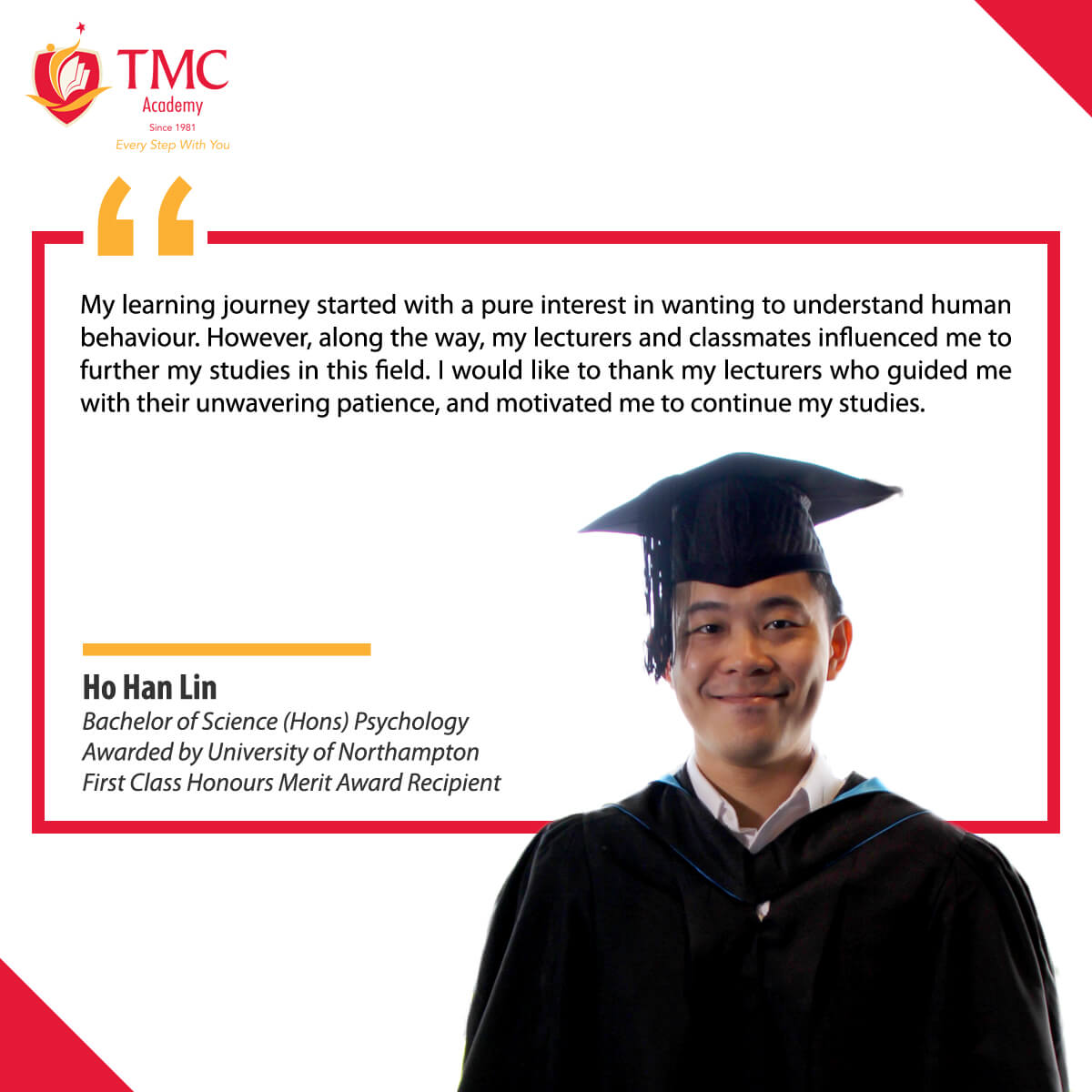 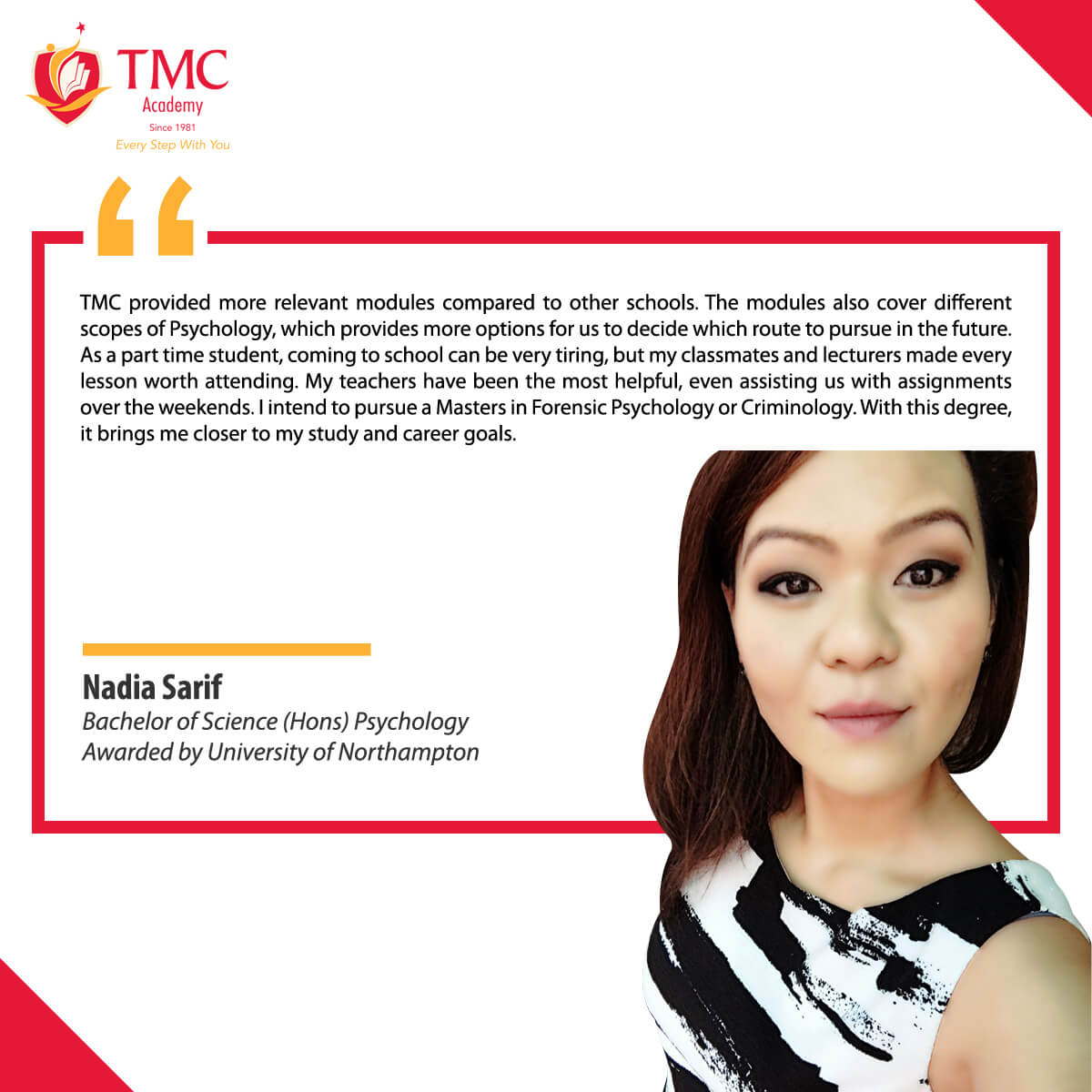