The Industry Advisory Boards facilitate the review of the TMC curriculum to ensure that they are industry relevant. The Boards advise TMC on the industry attachment and appropriate job placement opportunities for TMC students and they monitor the current industry practice and future trends, changes in the appropriate regulatory framework, and networking opportunities.

Successful members of the industry are invited to sit on the Board, whose invaluable experience will contribute much to the TMC curriculum. 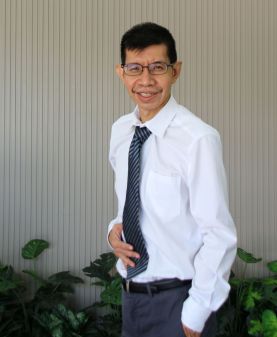 Mr Kumar is the Head of School of Business School and Law. Prior to joining TMC Academy, he held managerial experience in Finance and Company Accounts portfolios for more than 10 years.

Mr Shawn Loh graduated from Griffith University (Brisbane) with a Bachelor degree in Visual Arts (Interior Design). He has been an Entrepreneur for the past 22 years.  He set up his design firm- Tag Design Pte Ltd (1999- 2004). In 2004, he decided to switch runway to start a new trading company for packaging.

Mr Loh set up Tag Alliance Pte Ltd April 2004 which trading Polyurethane and Polyethelyene foam for packaging. He started his converting factory in Johor Bahru, Malaysia in 2006. Under his leadership, the company grow tremendously from a trading firm to a company that provides total packaging solution to customers globally. Today Tag Alliance dealings expand from Singapore to Malaysia, USA, China, Indonesia, Korea, Japan and Taiwan.

Apart from leading Tag Alliance as the core business, Mr Loh has also embarked on many other startups and VC projects. His startup experience ranges from F&B, mobile apps, condominium management, medical products, micro loans, etc; with various locations, with Singapore, China, Vietnam and Myanmar among some of them.

While an academic, she had undertaken various consultancy engagements with NGOs, statutory boards, schools and the private sector. Dr. Nair served on the NUS Senate (1990-1996) and as Board Member, National Council of Social Service (1992-1996). In 2001, she received the Distinguished International Psychologist Award from the American Psychological Association. In 2003, she was given the inaugural Singapore Psychological Society Outstanding Service Award for her contribution in the field of Psychology in Singapore. This award was in recognition of her role as Organizing Chair and Scientific Program Co-chair for the International Congress of Applied Psychology (ICAP) held in Singapore in 2002.

Her family relocated to Singapore nearly twenty years back that ended her long stint of being a ‘trailing spouse’ to her psychiatrist husband. Trained in understanding human behaviour and in facilitating personal and interpersonal functioning, she started her company, “Counselling: A Map for Emotional Wellbeing” where she provides psychological counselling to Individuals, Couples and Families.

She is registered with Singapore Association for Counselling.

Previously she worked with World Health Organisation (WHO) Research on psychiatric illnesses in a Psychiatry department of a major research institution.

Her educational qualifications include B.A (Psychology Honours), a Masters in Psychology (India) and a Masters in Counselling (Edith Cowan University, Australia).

Since 2005 she has taught at SIM university, presently teaching psychology modules at the undergraduate level at University of Wollongong (SIM Global). In the past she has also taught counselling and psychology courses at various universities such as James Cook and University of Buffalo, MDIS and TMC.

Ms. Malgorzata, our Deputy Acad Director – received her Master’s in Tourism and Leisure, from University of Physical Education in Cracow.

She has held, and is still passionate to bring about service beyond her field of work. Her Optimism earns her a remarkable respected role, having been in various positions in the industry, pertaining to both the Hospitality and Educational field.

Mr David Chan serves as the Honorary Secretary (General) of the Association of Bartenders & Sommeliers, Singapore and is instrumental in the organization of the local and overseas competitions such as National Cocktail Competition, the Asia-Pacific Bartender of the Year Competition, the Wine Sommelier Challenge, and the Wine Gastronomy Masterclass.

He is a Certified Food & Beverage Executive (CFBE – a professional designation from the Educational Institute of the American Hotel & Lodging Association), and an USA Certified Trainer for Training for Intervention Procedures, a Responsible Service of Alcohol program for the bar and retail industry which he has taught more than half a thousand of employees with the support of the Employment & Employability Institute (e2i).

He is also an UK Wine & Spirits Education Trust nominated wine educator, was accredited as Wine Tutor by the Bordeaux Wine School, France and awarded a Certified Tea Sommelier by the Australian Tea Masters.

Mr Tan has more than a decade of career experience in a management capacity, conducting audits, strategic gap analysis, and optimising business processes alongside his acclaimed academic expertise. As teaching is his passion, he simultaneously works as a teaching faculty member and research supervisor with various Universities and Institute of Higher Learning. He is also a faculty Personal Development trainer, sharing best practices in applied learning and teaching, and a strong believer in the community of practice.