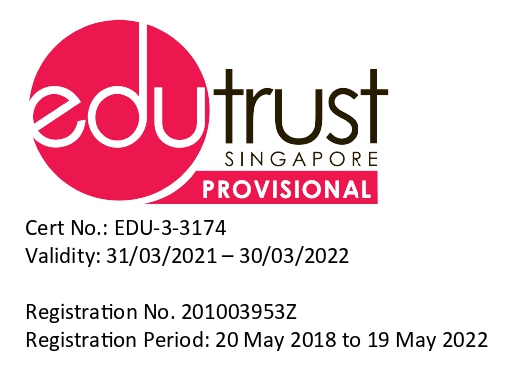 We are down to the final round of the Junior Achievement (JA) – Jumpstart Your Career Program! After attending workshops conducted by practitioners from Barclays Bank on areas like Personal Finance, CV & Interview Skills and so on, our Higher Diploma/Degree Business and International Tourism Management Degree students were sent off to ‘work’ at the Barclays office at Marina Bay Financial Centre (MBFC). Our Business Management Degree student, Lee Jia Nian, shares this valuable experience with us.

This short article is about my experience in the JA Job Shadow program. I had just reached Marina Bay Financial Centre (MBFC) at 8am and it was already bustling with activity. It really felt as if I was working there. After meeting up with the TMC Group, we were briefed by our JA liaison before being brought up to the 25th floor of MBFC Tower 2. We went into a small lecture room and there, our volunteers and trainers from Barclays introduced themselves. It was interesting to see the cultural diversity amongst the staff as well as their experience in their relevant fields. Some of them have been in Barclays for five years and some recently joined the company.

After their introduction, we were each invited to do our own self-introduction to break the ice. Following that, we learnt about Barclays’ history and achievements, with a small ‘just-for-fun’ quiz at the end. It was interesting to learn more about Barclays from the employees that work there. Certainly, it was not an everyday experience.

Furthermore, there was a special appearance by Mr James Brownlie, one of the business managers at Barclays, who came down to share his experiences in the banking and finance industry as well as his own personal life stories. It was good food for thought as he explained his experiences; from being situated in different countries to moving up the corporate ladder. He also gave relevant advice to students regarding their future prospects which I felt was helpful.

By the end of the talk, it was time for lunch. Everybody was getting hungry. The staff was kind enough to order pizza for everybody. That was a pleasant surprise as well.

After lunch, we proceeded into the final part of the program which was the resume review and mock interview. While each person was undergoing the review/interview, the rest were tasked with some team building games. The first activity was to build the tallest possible structure out of spaghetti sticks and marshmallows. I think many would agree that this was one of the highlights of the day as everyone immersed themselves in the activity.

Concurrently, the resume review was underway. For those who did not bring along their resumes, time was allotted for them to write their own. The review was conducted in a one-to-one session. The staff at Barclays gave pointers on how a resume should look like and what employers look out for. It was useful to get feedback and also helped students to further improve their resumes.

After all the students had gone through their resumes with their respective volunteers, it was time for the mock interview.

The mock interview was conducted in a very professional manner which replicated a real-life interview scenario, with volunteers asking students general questions that are normally asked during a job interview. The volunteers then gave their own personal feedback about the interview; eg. body language, the manner of speech and responses. This was my favourite part of the program as it gave me critical feedback on various things that could be improved and also how I would be perceived from a professional’s point of view.

We ended the session with a brief talk on the values that Barclays employs; RISES – Respect, Integrity, Service, Excellence and Stewardship.

Overall, it was a fun and engaging experience which allowed students to get a glimpse of the corporate world. We were given good and critical feedback on how we can do certain things better and also made new connections with not only the Barclays employees but with our schoolmates as well. I would highly recommend students to attend the program as it was certainly a different way of putting classroom learning to practical use.

Interested to pursue an industry-relevant education with plenty of opportunities to learn from industry practitioners? Explore our range of diploma, higher diploma and degree courses today!