My Visit to University of Northampton, UK. (By Mr Pinaki Dutta)

My Visit to University of Northampton, UK. (By Mr Pinaki Dutta)

This summer, I went to Liverpool, United Kingdom for a study trip organised by TMC Academy. While I was there, I accepted an invitation from Mr. Nikola Naumov, Programme Leader of International Tourism Management at the University of Northampton, to visit their campus in the town of Northampton. During this visit, I met up with the teaching and admin staff of the programme, finally putting a face to the emails we have exchanged over the months.

To get to the University of Northampton, you have to travel from London Euston train station to Northampton train station, which is less than an hour’s journey. My journey was longer as I travelled from Liverpool, which took almost three hours. However, the nice weather and scenery as I passed by two major cities, Birmingham and Wolverhampton and some small towns such as Rugby, made the ride an enjoyable one.

Mr. Naumov fetched me from the train station, a gesture I appreciate much. We made it to the university efficiently; as the university campus has its own bus stop, which is well connected with the various parts of the town. 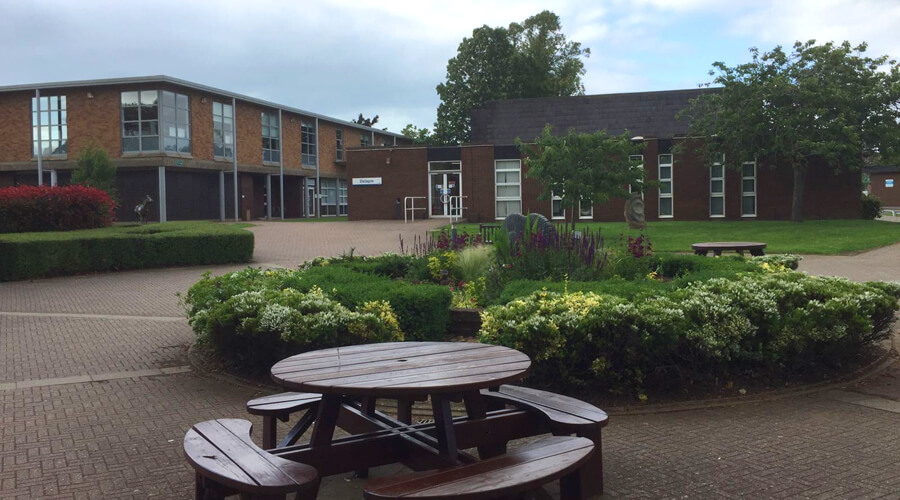 Small garden area with benches in the university 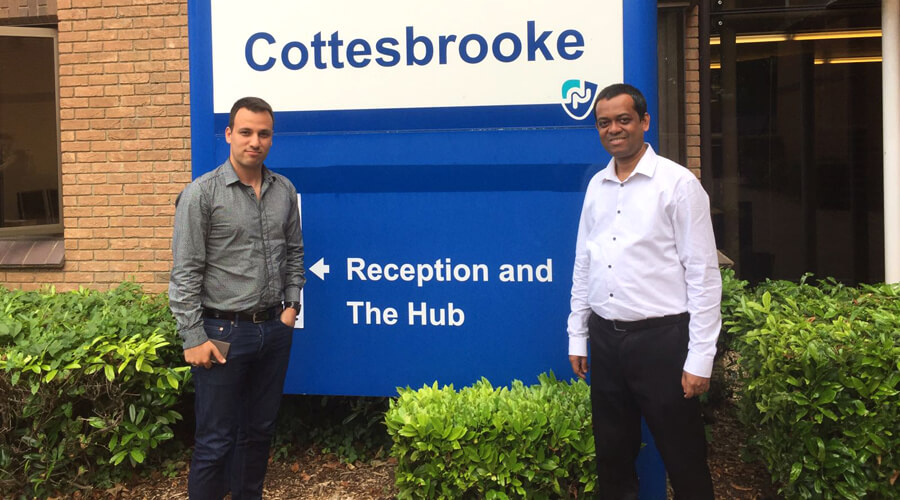 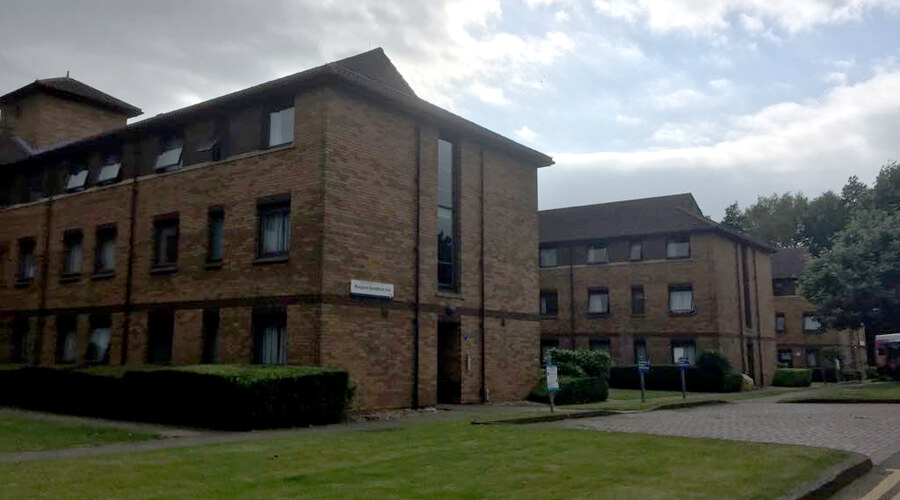 The campus is surrounded with trees and lush green fields, with the occasional spotting of rabbits and squirrels, seemingly enjoying the summer with the students. Next year, the campus will be moving next to the train station, surrounded by high-rise buildings and equipped with more hi-tech facilities. Are you a city or country person?

After having a quick lunch at the school canteen, I first visited Mr. Darren Gibson, Manager at the Academic Partnership Office, and Ms. Ivna Reic, Module Leader of Research Project and Senior Lecturer at the Northampton Business School. The day ended with meeting Ms. Maggie Anderson, Head of Academic Partnership, Faculty of Business & Law, together with Mr. Naumov. We had a fruitful meeting discussing students’ performance, administrative tasks, students and staff exchange programme and other academic issues. School ground is surrounded by green scenery, which provides a relaxing & soothing environment 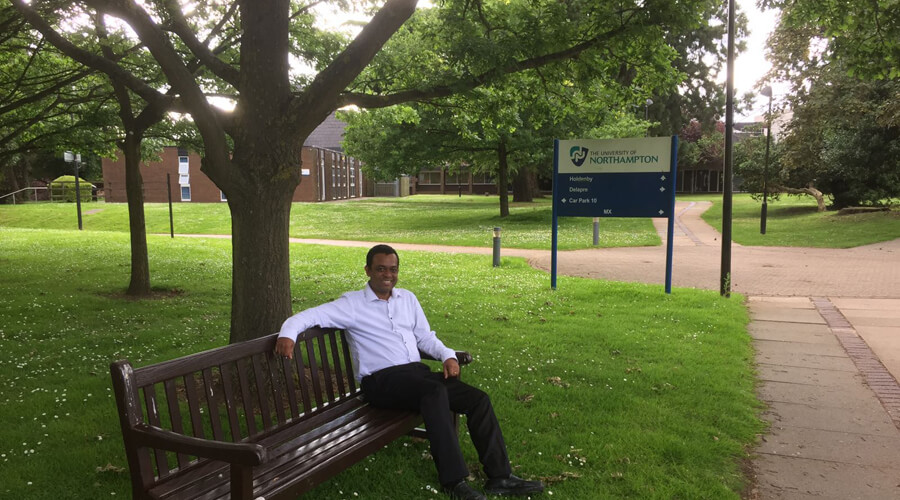 Benches are placed in different locations for students to relax 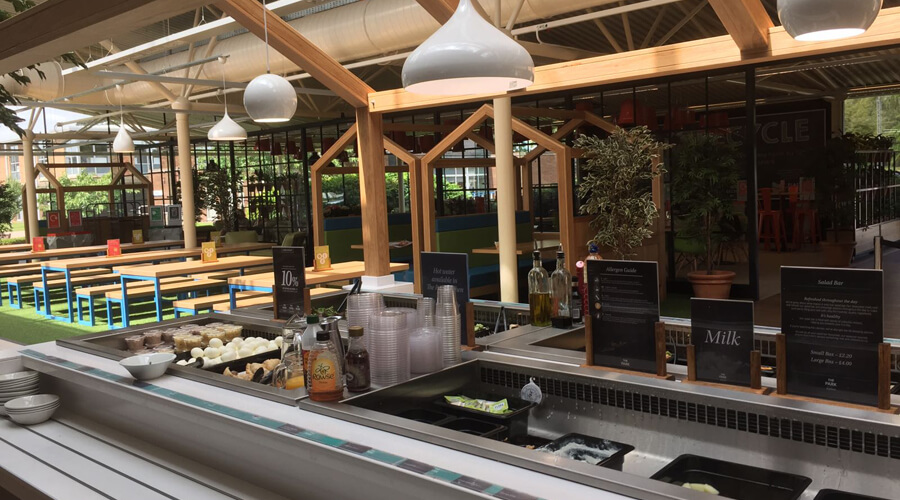 Dining in a canteen surrounded by greenery is definitely enjoyable!

It was a short but productive experience in the university, and I hope to host them in Singapore in time to come.

About University of Northampton (UN)

About our International Tourism Management Degree – Complete within a year!

This programme is specifically designed to meet the needs of the industry. Students are encouraged to take a critical and analytical perspective to their understanding of tourism business theory combined with a proactive business development approach throughout.

How are classes conducted?

What modules will I study?

Some modules include Business Communication, Innovation in Tourism and Hospitality Management, Principles of Marketing Management.

What is different about taking this degree at TMC Academy?

We offer 6 months industrial attachment programme in the Higher Diploma (which is equivalent to the Year 1 and 2 of the degree) for our students to gain working experience. This gives them a competitive edge when they step out into the real world. We are also partners with the 2 largest hospitality and tourism associations in Singapore, which provides affiliation and networking opportunities for our students. It’s all about being industry-relevant at TMC Academy.

When do classes start?

We have 2 intakes, in April and September.

Am I eligible to apply?

You have to be at least 17 years old with the relevant academic qualification as follows:

*Relevant Polytechnic Diploma and other Advanced Diploma holders will have to obtain a TMC Higher Diploma prior to the Top Up degree. Direct entry may be granted on a case-by-case basis. Credits may be given for the modules completed previously.

How do I apply?

University of Northampton is working in partnership with TMC Academy on a range of disciplines, offering both part time and full time courses. Check out our course list page to find out more.