The Exposure of Feral Cases in Psychology 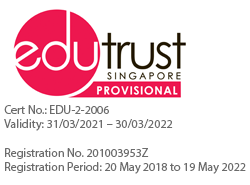 The Exposure of Feral Cases in Psychology

It is fascinating to observe the way in which children grow. Physical, biological, social and psychological changes define the growth of each child. There are unfortunate ones however, who do not develop normally, who do not grow up within the social structures we have created. They grow in the wild, in the company of wild animals, or are victims of severe abuse. Some being confined to small spaces for many years and deprived of human contact. These children are referred to as feral children. 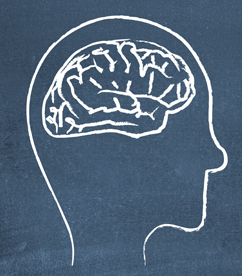 Psychologists are often intrigued by the way in which feral children develop. The distressing truth of their development exposes absorbing evidences about the significance of biological and environmental factors and how they interact in human development.

A harrowing case was reported several years back in Austria, where a father locked his teenage daughter in a converted nuclear shelter underneath his house and raped her at his will. The incestuous abuse led to the birth of seven children, three of whom were confined underground with their mother. The only knowledge they had of the outside world came from a television set. When they were discovered in April 2008, the eldest was 19, the second 18, and the youngest 5. The narrow corridors, low ceilings and lack of sunlight had detrimental effects on these children. They appeared to have unidentified infections, brittle bones, damaged spatial orientation and oversensitivity to light. Besides the consequences to their health, the children also displayed severe social and psychological impairments. They struggled to form emotional attachments with people around them.  Language and cognitive development was also clearly limited. Most feral children require psychiatric and psychological support, besides medical help. In relation to the milestones they should have achieved, they lagged far behind.  Of the three children, however, psychologists predict that the youngest would have a better chance of developing normally. What is the basis of this prediction?

Similar cases have been reported in many different parts of the world. The disturbing circumstances of these children clearly denotes the significance of environmental stimulation towards a child’s holistic development. Our brain and immune system require these environmental stimulation to develop normally. Psychologists have for many years debated the significance of nature and nurture in human development. Feral children therefore, expose the fascinating importance of nurture.

Developmental Psychology is an area in Psychology that studies the interaction of nature and nurture throughout the human life-span, and how environmental deprivation can compromise physical and psychological development- like observed in feral children. How does psychology contribute towards understanding and helping these children, as well as others with psychological impairments?

The TMC Psychology programme offers remarkable modules that includes Developmental Psychology, Abnormal Psychology, and others that offer exclusive insight of the fundamentals of Psychology, as well as exposes students to inspiring research updates in the various areas of psychology.